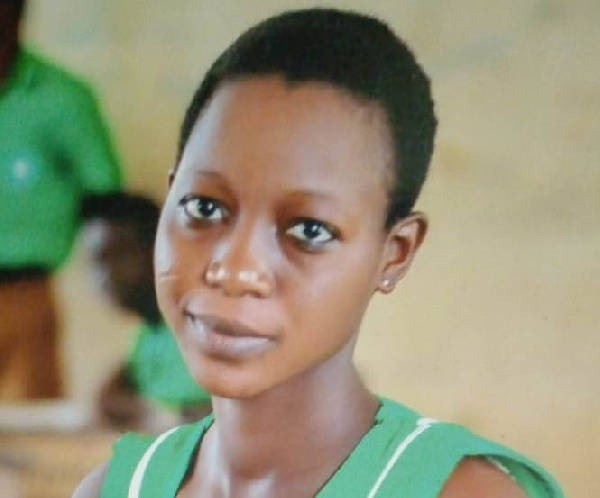 The family of Gladys Awuni, a 16-year-old final year student of the Nyinahin Catholic Senior High School in the Atwima Mponua district of the Ashanti region, is demanding justice after two motor bikers crashed her to death

The suspects – Wahab Awudu, 35, and Kwaku Owusu, 33 – were riding an unregistered motorbike when they rammed into the final year student on her way to school after visiting her sick mother. She was pronounced dead on arrival at the Nyinahin Government Hospital after the incident on February 20, this year.

The family is still demanding justice after five months.

Police statement sighted by DailyMailGH.com (DMG) stated, “the suspects were traveling from Agogoso towards Akota village. On reaching a section of the road at the outskirt of Otaakrom knocked the victim Gladys Awuni, aged 15, a day student of the Nyinahin Catholic Senior High School”.

An autopsy report available to DMG signed by one Dr. Mark Forson declared that the victim died of a “severe head injury due to knock down”.

The suspects, DMG understands, are users of hard drugs including cocaine. They have been accused of abandoning the victim to her fate after knocking her down leading to her death. “After knocking down my sister, they rather rushed to the hospital and left my sister unattended to at the accident scene,” a brother of the deceased said.

FULL TEXT: Akufo-Addo’s 14th address to the nation on measures to fight coronavirus

JUST IN President Akuffo Addo takes 14 days precautionary measure after a close allied of him tested positive of Covid -19.more to come…

Election 2020: Ghanaians Will Vote For Me Based On My Achievements-...